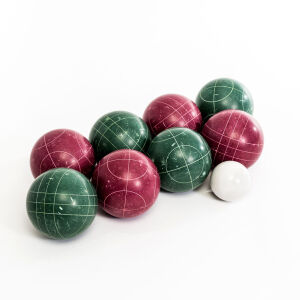 The jovial and much-loved Wally Santos passed away in his Walnut Creek home on August 13, 2022, at the age of 91. His final days were spent like he lived, with kind words and a dry sense of humor. When asked how he was feeling towards the end, his “old” reply was accompanied with a smile and a request for ice cream.

Wally enjoyed life and lived on his own terms. Born during and shaped by the Depression in Oakland, California to Josephine (née Masoero) and Francisco Santos, he died with a closet full of new shirts, socks and shoes that he was “saving” for special occasions. He loved getting dressed up and traveling, and would have an open suitcase for days before a cruise in order to look spiffy for his longtime partner and sweetheart Darlene Hendersen, who predeceased him in 2008. Wally’s only hesitation with traveling was leaving his trusty golden retriever, Sailor, who he loved almost as much as Darlene. All three are now together again.

A true family man, nothing pleased Wally more than being with his kids. Whether going to his son Rod’s wine shop in Lafayette for tastings, hopping on BART to visit his daughter Dana and her husband Patrick on Saturdays, Friday night with his son Greg’s homemade dinners, or walking next door to Wendy’s house for dinner and a movie (to which he always fell asleep), the highlight of Wally’s week was seeing family. His children and grandchildren never missed an opportunity to lovingly give him “the business”, and he always took it with grace.

Known as Papa Honey to his grandkids, Wally was immensely proud and tickled when first Christie, then Katie, then Grant, and finally Jaylin were accepted into college. For this first generation American, education was a top priority; he had graduated from San Jose State on the GI Bill, and considered it mandatory that his kids graduate with four year degrees. He continued supporting the family’s schooling his entire life.

Wally loved, loved, LOVED bocce ball, and for 25 years met up with his friends Bill, Aggie and Tony in Pleasant Hill to play in the community league. Despite having poor eyesight (his kids preferred to do the driving after they came of age), he amazingly delivered the most clutch shots in all of local bocce history, and kept the trophies in his garage to prove it. Everyone knew Wally at bocce games and enjoyed hailing him from across the courts. When he wasn’t playing bocce, Wally looked forward to meeting his dear friend Gus at Peet’s for coffee and a good gossip.

In later years, Wally would not leave the house (or even put on his shoes) without his USS Iowa BB-61 baseball cap. He served on that battleship during the Korean War, was honorably discharged in 1954, and was always proud and gratified when strangers would ask about and thank him for his service. At his private interment on August 19th, it was a touching closure to have three uniformed US Navy personnel present military funeral honors at Oakmont Memorial Park in Lafayette. Mr. Santos would have thought that was pretty awesome.

The people who will miss Wally the most are his children, Rodney (Dianne Norton) Santos of Napa, Dana (Patrick Goff) Santos of Oakland, and Gregory (Karen) Santos of Pleasant Hill, his grandchildren Christie, Katie, Grant and Jaylin Santos, and his step-daughter Wendy Hughes.
But we realize there are lots of people who cared for our wonderful Dad, and would like to welcome friends and family to his Celebration of Life, taking place Saturday afternoon, October 22nd in Lafayette. Please email Rod at coombsvillecottage@gmail.com for details.

To send flowers to the family or plant a tree in memory of Wallace Virginio Santos, please visit our floral store.