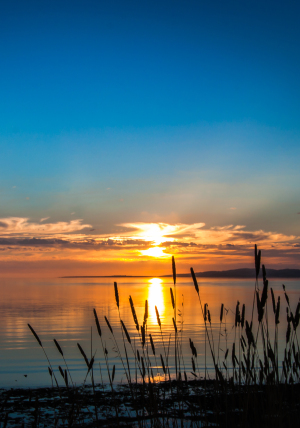 Tony Cratz, a longtime resident of Suisun City, died at home after a long flu-like illness. A somewhat eccentric and curmudgeonly bachelor, he liked to share his skills and intelligence with an interesting and diverse circle of friends.

Tony was born in Vallejo to Leon and Eleanor B. Cratz. When he was a child, his family moved to Tooele Utah before coming to Suisun and buying the family home on California Street. He graduated from Armijo High School in 1974, then from Solano College in 1979 with a degree in theater tech/dramatic arts.

Tony’s career was primarily as a Linux programmer. He started at Airlink, Netcom and Sun Microsystems before becoming a consultant at many other tech companies, including a bit for Google.

Among Tony’s interests and involvements were science fiction conventions. He was a long-time staff member of BayCon, and served several terms as a member of the Board of Directors. He was also an active member of BASFA, the Bay Area Science Fantasy Association. He was head of the Division for Support Services at ConJose, the 2002 Worldcon.

Tony was a lifelong theater and music lover (Emerson Lake and Palmer and Yes among his favorites). He sometimes assisted with mixing tech at local band gigs. He was also a licensed Ham radio operator (KC6UJT) for over 20 years.

Tony never married and had no children, but friends said he had at least one close girlfriend. He was a lifelong member of the Church of Jesus Christ of Latter-day Saints, though less active in later years. He is survived by a sister, Noel Perry-Rice, of Salmon, Idaho.

Said one friend, “He certainly did not have a charmed life or the advantages many have had. Yet he endured and lived his life with strength and never gave up.” He helped people who were worse off than himself, sometimes a neighbor, once a friend who’d lost his home. Most people remember him as helpful and outgoing, even if opinionated.

Tony was also an active member of BASFA, the Bay Area Science Fantasy Association. He was head of the Division for Support Services at ConJose, the 2002 Worldcon. “Heading a division at Worldcon is more work than chairing most conventions,” said a colleague. “Tony did a solid and honorable job and the convention would not have gone as well without him.” Another said, “Tony was also one of four members of the committee that bid to bring the Worldcon to San Jose singled out for thanks ‘with distinction’ for the work he did above and beyond the ordinary run of volunteerism.”

Tony maintained a website, hematite.com (which will probably remain active for several months until the renewals come due) where he collected and shared bits of wisdom, under the labels “Aging,” “Facts of Life,” “Love,” and others. Have a look: http://www.hematite.com/?q=thoughts

No funeral is planned. View others’ memories of Tony and share your own at Magleby Family's Oak Park Hills Chapel online obituaries, https://www.oakparkhillschapel.com/obituary/Tony-Cratz

To send flowers to the family or plant a tree in memory of Tony Cratz, please visit our floral store.