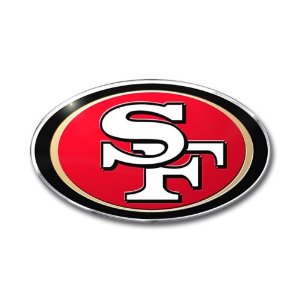 Gregory Jay Clark, 49 of Danville, California unexpectedly passed away on July 7, 2021.  Greg was a cherished husband, father, son, brother and friend to countless others.  To know him, was to love him, and Greg’s influence on those whose lives he touched will be felt by generations to come. Greg will be remembered in so many ways; his bold laugh, infectious smile, endless teasing and all-encompassing bear hugs are just a few. And yet, his greatest legacy will be in who and how he loved. His ability to connect with people was a gift, and his example of altruism and unconditional love will leave a lasting impression on the countless people whose lives he has touched. It is impossible to adequately express the tremendous loss felt by those who were privileged enough to have known and loved this gentle giant.

Greg was born on April 7, 1972 in Bountiful, Utah to Jay Dee and Coleen Clark and was the oldest of 8 children (seven boys and one girl). He was always quick to remind his siblings that he was solely the one to credit for the rearing and raising of the family.  A naturally gifted athlete from the moment he first picked up a ball; Greg excelled in every sport he played. Throughout high school he lettered in basketball, baseball, and football and relished his role in being King of the school.  His football career began to take shape at Ricks College where he was consensus first team All-American and was later inducted into the Rick’s College Hall of Fame.  In between his time at Ricks College, he served a two-year mission for The Church of Jesus Christ of Latter-Day Saints in Peoria, Illinois.  Following his years at Ricks, Greg continued his collegiate football career at Stanford University as a tight end. It was during this cherished time as a Cardinal that he fell in love with the Bay Area.  He brought his signature approach to education, “always get the best grade possible with the least amount of work” to Stanford, where he graduated in 1997 with a degree in Psychology. Greg’s love of learning intensified during this time, where he became an avid enthusiast of learning anything and everything he could.

Greg’s draft into the NFL by the San Francisco 49ers was a momentous occasion, celebrated by the Clark family and those who knew him. It was during this time that he met the love of his life, Carie Pugmire, his equal in every sense.  She was the epitome of beauty, smarts and athleticism.  He would often say, he fell in love with her when he watched her do the butterfly stroke across the pool.  Together they were raising two beautiful boys and one angel boy in heaven.  After retiring from football, Greg continued his success through the creation of a thriving real estate platform, where he worked alongside his brother for the last 16 years.  Greg served as a father figure, coach and mentor to countless youth throughout his life.  His love of young people gave him the ability to find greatness within anyone.  Among his more notable contributions was his heavy involvement in the Special Olympics through the 49er Foundation. Greg’s generosity with his means and time allowed him to participate in many other charitable causes, in addition to serving and helping those he knew and loved.

To his brothers and sister Greg, aka Superman, as he was affectionally known in the family, was the very definition of eldest brother, with endless teasing, harassing, and tormenting. There was nothing and everything that was fun about growing up with him.  As an uncle, he quickly made up for any ruthless big brother ways. He loved, laughed, played and inspired his way into the hearts of his nieces and nephews.  He adored each and every one of them. He especially loved the babies and we will cherish the image of him holding them nestled securely into his giant arms. When Greg married Carie, he flew into the Pugmire family like a force of nature and forever changed their lives. With his dynamic personality and enormous heart, he exemplified the role of big brother and father figure in a time when they needed it most.  Among his many talents, was his ability to make friends wherever he went, making those who knew him feel as though they had been friends forever.  Ask anyone close to Greg and they will tell you he was their best friend.  He pushed the boundaries on almost everything.  He challenged anyone willing to engage with him and yet managed at end of the day to let the people in his life know how much he loved them in only the way that Greg could.  He loved all sports, especially football and in his recent years could be found in the mountains; hiking, biking, skiing or down on the water boating with family and friends. If you listen closely on a quiet day, the echoes of his booming voice singing Neil Diamond from behind the wheel of his boat as it speeds along the waters of the lake, can still be heard.  Lastly, but certainly not least, Greg loved travel and most importantly loved food.  At the apex of his many talents was Greg’s ability to eat more food than humanly possible and his pure delight in savoring every single bite was a wonder to behold.

The world knew Greg for his talents on the football field and success in business; but, the lucky and blessed have known his heart. The way he lived and the way he loved will forever be his greatest legacy.

Greg is survived by his wife, Carie and his two sons, Jayden and McKay, his parents, mother-in-law, seven siblings, and countless in-laws, nieces, and nephews.

Greg will be laid to rest next to his son Devon and will be able to enjoy the father son relationship that he was not afforded during his lifetime. All friends and family are invited to the funeral services that will be held Saturday July 17, 2021 at 12pm at the Church of Jesus Christ of Latter-day Saints Oakland  Interstake Center 4780 Lincoln Ave, Oakland, CA.  Private interment in St. Helena, CA.  A celebration of life will take place 7 pm, August 7, 2021 at 646 Woodland Hills Drive, Bountiful UT 84010.  In lieu of flowers, donations can be made to Boston University for the research of CTE: See Donation's LINK below.

To send flowers to the family or plant a tree in memory of Gregory Jay Clark, please visit our floral store.